CDL is pleased to announce new resources recently acquired by the UC Libraries for systemwide use by UC students and faculty. The selection of these resources was a collaborative effort involving all ten campuses, overseen by the Joint Steering Committee for Shared Collections (JSC) and endorsed by the Shared Content Leadership Group (SCLG). Thank you to SCLG, JSC, and the JSC subcommittee for vetting and identifying these high-value resources.

How did we decide to purchase these resources?

JSC developed principles to guide current year purchases, including advancing the diversity of voices represented in our collections, and prioritizing one-time purchases over ongoing commitments for maximum flexibility in future collecting.

In November 2021, JSC surveyed library staff from each UC campus and all Common Knowledge Groups (CKGs), soliciting recommendations for scholarly resources for systemwide acquisition. JSC ranked the campus responses, and CDL requested proposals from the vendors. The proposals were evaluated by CDL staff and JSC, and final recommendations were presented to SCLG for approval.

How are we paying for these resources?

All of the following resources were licensed with no costs borne by the campuses, thanks to a pooled fund established to support the needs of the UC collective and to improve systemwide access to important scholarly work. This funding was supplemented in FY21/22 by a generous allocation by the University Provost. In addition, CDL is pleased to fund some acquisitions, and contribute to others, from its one-time content budget.

What resources have been purchased?

A brief description of each resource follows. All were purchased using the pooled funds noted above unless otherwise indicated:

Founded in 1875, Al-Ahram (الأهرام‎, “The Pyramids”) is one of the most prominent Arabic newspapers in the Middle East, including its legacy as Egypt’s most authoritative and influential national daily. It is one of the most important newspapers in the Arab world with a circulation of over 1 million, having established itself as a high-quality journalistic venture during the mid-20th century.

The Atlantic was originally created with a focus on publishing leading writers’ commentary on abolition, education and other major issues in contemporary political affairs at the time. Over its more than 150 years of publication, it has featured articles in the fields of politics, foreign affairs, business and the economy, culture and the arts, technology, and science. Some of the founding sponsors of the magazine include prominent writers such as Ralph Waldo Emerson, Oliver Wendell Holmes, Sr., Henry Wadsworth Longfellow, Harriet Beecher Stowe and John Greenleaf Whittier.

China and the Modern World: Missionary, Sinology, and Literary Periodicals, 1817–1949 is a collection of seventeen English-language periodicals published in or about China during a period of over 130 years extending from 1817 until 1949, when the People’s Republic of China was founded. This corresponds to the periods of the late Qing Dynasty and the Republican Era (1911-1949).

Hispanic American Newspapers (1808-1980) is a compilation of Spanish-language newspapers printed in the U.S. during the 19th and 20th centuries. The collection features hundreds of Hispanic American newspapers, and is based on the “Recovering the U.S. Hispanic Literary Heritage Project,” a national research effort directed by Nicolás Kanellos, Brown Foundation Professor of Hispanic Studies at the University of Houston.

Oxford University Press works with international communities of scholars to develop comprehensive collections of in-depth summaries on a growing range of topics for the Oxford Research Encyclopedia (ORE). Articles are peer-reviewed and vetted by editorial boards of leading international scholars and researchers, and content is added and updated monthly and optimized for discoverability. Each ORE contains links to citations and related resources, creating a hub for deeper inquiry. 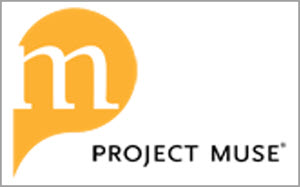 Each year, Project MUSE offers a selection of front list collections that are available for advance purchase, providing access to newly released titles from participating publishers. 2,534 titles are anticipated in the 2022 Project MUSE front list. UC libraries will gain access to all books already on the MUSE platform in the 2022 collection, with the remaining titles being added as published. The MUSE annual front list collection conveys perpetual access rights and interlibrary loan permission for the included books. All books are DRM-free, with unlimited simultaneous use, downloading, and printing. 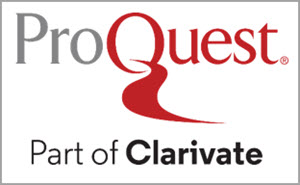 UC Press publishes titles in the humanities, social sciences, and natural sciences. Approximately 177 titles are anticipated for inclusion in the 2022 front list.