Women and Social Movements in the U.S., 1600-2000 transitions to new platform

All permanent URLs, bookmarks, and embed codes, related to the collection that appeared on previous versions of the platform automatically point to the new and enhanced platform.

In addition to making all the Women and Social Movements databases cross-searchable, the new platform includes: 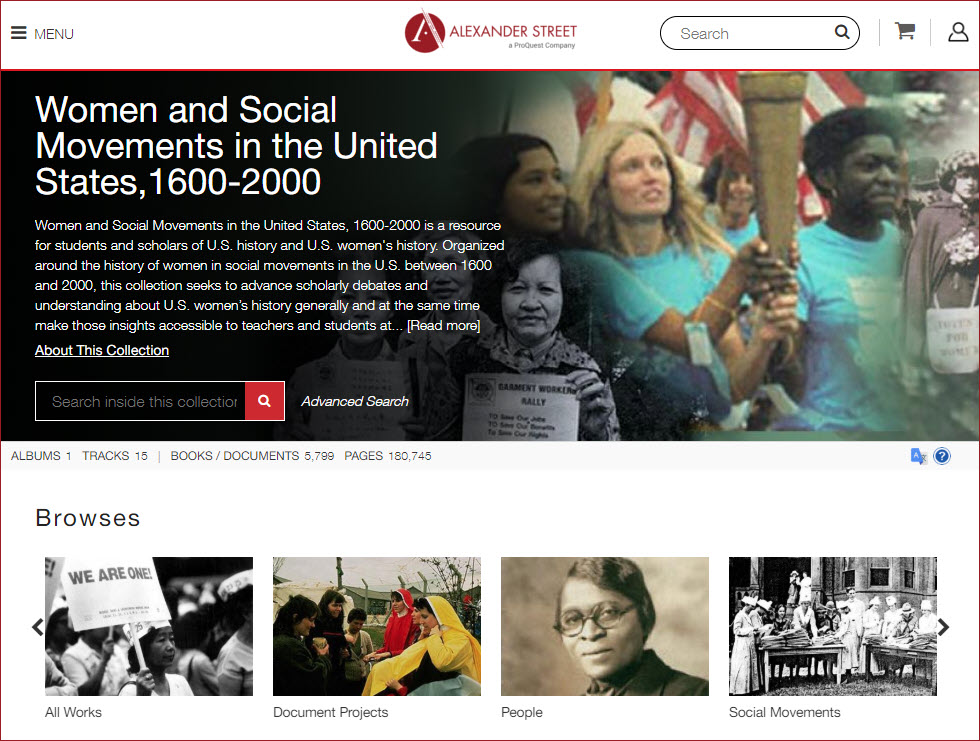 Jane Faulkner (faulkner@UCSB.edu) is the Resource Liaison for this database.