Note: Automated login is only provided on parent database homepage or the generic search site to which this PID is pointing. To search this database specifically, uncheck other databases. The English or Chinese interface can be selected from the drop down list at the upper right corner. This resource is limited to 2 simultaneous users; if refused access, try again later.

The North-China Daily News & Herald, Limited was the most important and largest British-founded press agency in Shanghai in the 1800s. The company published a number of Chinese and English newspapers, which recorded in detail the social events over a century in modern China, and interpreted the tortuous historical development from different perspectives.

On the basis of the abundant resources of Shanghai Library, the editorial department of CNBKSY has made all-out efforts over the past five years to build the North-China Daily News & Herald Newspapers and Hong Lists (1850～1951). The database has a comprehensive coverage of the English and Chinese newspapers of The North-China Herald《北华捷报》, The North-China Daily News《字林西报》, The Chinese Shipping List & Advertiser《上海新报》, Hu Bao《沪报》, Han Bao《汉报》, Xiao Xian Bao《消闲报》, and The North-China Desk Hong List《字林西报行名录》published by the company. As an important part of the historical archives, the database not only vividly revealed the history, but also enriches the digital newspaper resources, providing valuable materials for the study of modern China.

Ying Zhang (UCI) is the contact for information on this license. 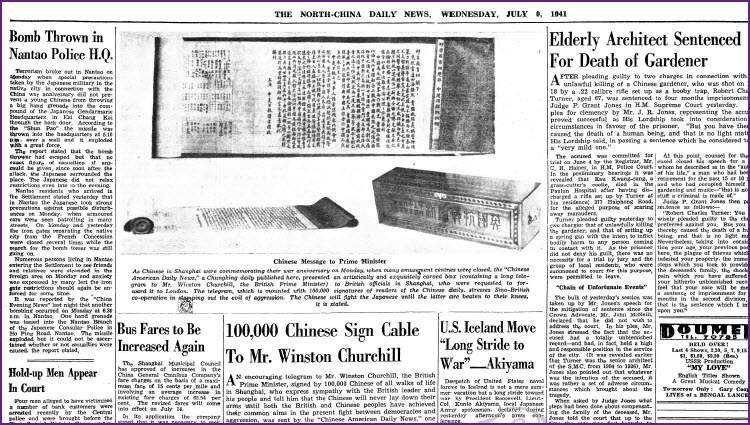