The running list of release notes can be found at http://www.oclc.org/support/services/discovery/release-notes.en.html. (Note that many of these do not have an impact on Melvyl.)

Learn more about our approach to clustering [PDF], the process that pulls similar editions and formats into a group or cluster.

The former approach to surfacing items with multiple editions was:

Now, the record that displays represents more recent publications available from your library:

With this month’s change, the more recent 2015 edition displays to users. 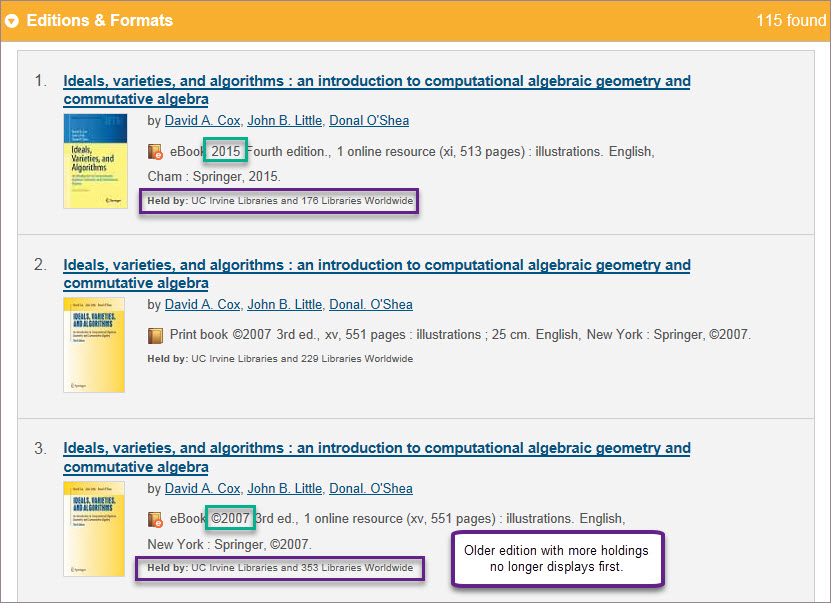 In March 2016, OCLC announced it was keeping FirstSearch as a separate product rather than merging it into WorldCat Discovery as originally planned. We do not yet have a timeline for the new FirstSearch beta.