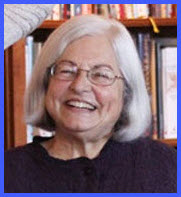 Jackie Wilson, one of the Collections program’s longest-serving staff members, will be ‘retiring’ from CDL at the end of January 2017. Jackie has a long career at UC, going back to her tenure in various positions at the UCSF Library, where she served as Director of Public and Information Services, Collection Development Officer, and Education Officer.  Jackie enlarged the scope and quality of the UCSF Library collection which became, during her tenure, one of the largest and most important health science collections in the United States, for a period of time second in size only to the National Library of Medicine.  She also was a major contributor to the Library’s copyright, due process, and privacy policies.  She holds the title Librarian Emeritus at UCSF.

Following her official retirement from UCSF, Jackie came to CDL as a recall employee in 2002 to serve as a Senior Associate for Shared Collections, where she brought her expertise in collection development, project management and team-based work to the budding CDL. In her fifteen years at CDL, Jackie has led many important outreach and engagements activities with campus bibliographers and has steered a number of key projects for the Licensing team.  Jackie co-developed with Chan Li and later co-researched and validated the CDL Journal Value Algorithm, including consultations with a variety of librarians, faculty and other experts.  The internationally known algorithm is used to develop systemwide UC publisher/vendor negotiation objectives, evaluate journals for potential transfer/cancellation, and identify value based pricing for publisher packages.

Jackie also served in leadership roles locally and nationally through various professional organizations including the American Library Association (ALA) and the Association for College and Research Libraries (ACRL). She was co-founder and Chair of the Collection Development Section of the Medical Library Association and the California Science and Engineering Academic Librarians (CARL).  She has been honored with the NCNMLG Award for Excellence and the CARL Member of the Year Award.  She served as President of the Librarians Association of the University of California as well as President of the Northern California and Nevada Medical Library Group.

Jackie will be actively pursuing a career as a consultant or other work opportunities and expects to keep in touch with her UC colleagues. Her work in the collections group will be sorely missed.  (Happily, Jackie may be filling in for the WEST project on a temporary consulting basis while a recruitment for a permanent replacement for Danielle Watters-Westbrook is underway, so you may still see her at CDL for a little while yet.)

Our very best wishes for the future, Jackie!