CDL welcomes the conclusion of the Authors Guild’s decade long lawsuit against Google. The suit came to an end April 18th when the Supreme Court declined to hear the Authors Guild’s Appeal of the Second Circuit Court of Appeals decision from October 2015. By refusing the case, the Supreme Court affirmed the Circuit Court’s ruling that Google’s digitization of library collections, the creation of search functionality, display of snippets, and provision of copies to its partner libraries are all non-infringing fair uses. This ruling was an affirmation of the earlier ruling by the U.S. District Court in November 2013. If one takes into account the fair use findings by the District Court and the Second Circuit Court in Authors Guild v. Hathitrust, there are now four carefully argued rulings which affirm that the work undertaken by participants in the Google Library Project to convert library collections to digital form constitute fair use as defined by U.S. Copyright law.

This is a resounding victory for fair use, libraries, scholars, researchers, and the public alike.

The University of California began its partnership with the Google Library Project in 2006. As result of this partnership, close to 3.8 million volumes from UC Library collections have been converted to digital form and are in HathiTrust and Google Books. Within these digital environments, the volumes (most of which are long out of print), can be easily discovered, searched, and located by anyone using traditional metadata or search terms. Half a million of these volumes are in the public domain and are open access, which means the full text is available for reading.

The mass digitization of research collections is a necessary foundation for 21st century scholarship: it enables richer discovery and engagement with the record of human thought found in books; it provides unprecedented access to UC’s collections and brings our rich heritage into greater public awareness; and it opens new avenues of research, particularly in the digital humanities, in the form of text or data mining. Preservation is yet another benefit of digital conversion; the digital files stored in the HathiTrust repository will be carefully preserved for long into the future. Given the recent pace of technological development, it is impossible to know for certain what the future of research and scholarship may hold, but we know that we are embracing, and will continue to embrace, this future. 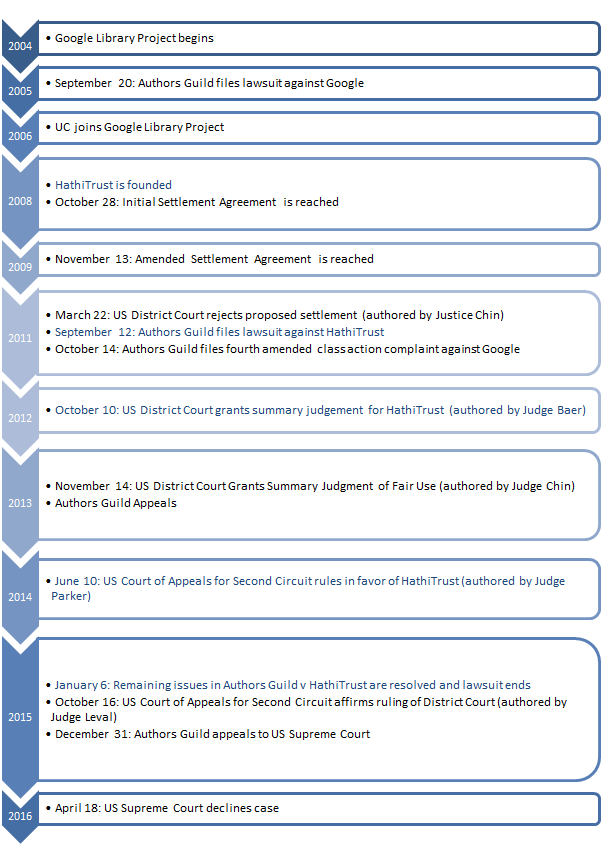