CDL made a modification to the UC-eLinks menu window and the direct linking banner that affects the user interface but does not change any functionality. Under the hood, we switched the SFX template that controls the user interface from a highly customized “advanced” template to the mainstream “simplified” template. Removing the “Go” button and changing the wording of one of the links brings UC-eLinks into full compliance with accessibility standards, and by moving to the simplified template, UC-eLinks will be easier to maintain. Moving forward, we can rely on ExLibris to make regular accessibility updates to the SFX simplified template.

Our intention was to match the look of the current window as closely as possible in the new simplified template. We are not revisiting any other design changes with UC-eLinks at this time. This is the second step in reducing the total cost of ownership for UC-eLinks. The first step was moving to cloud hosting. The UC-eLinks Operations Team and the UC-eLinks Liaisons have tested the new template.

What exactly has changed?

In the UC-eLinks direct linking banner:

In the UC-eLinks menu window: 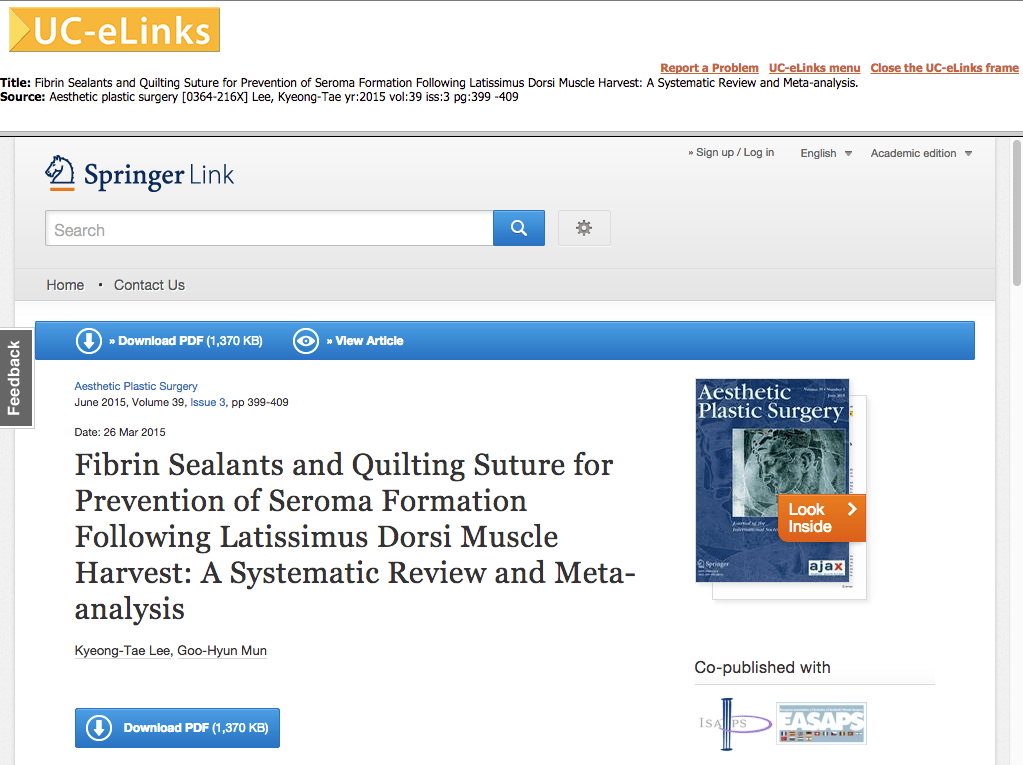 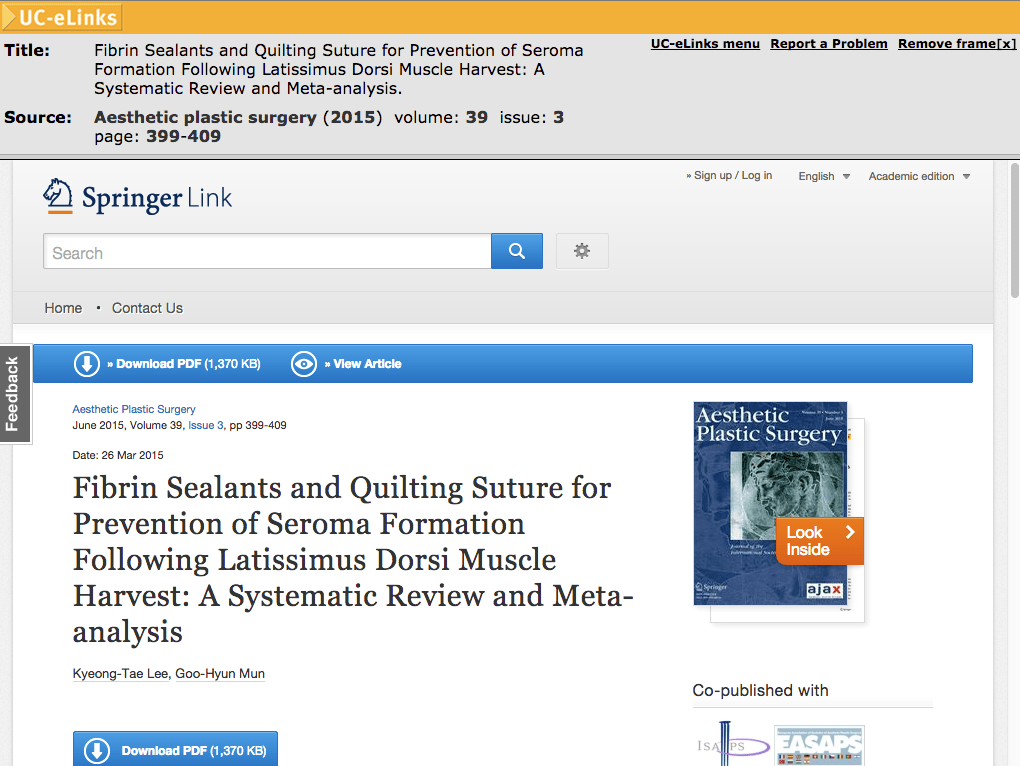 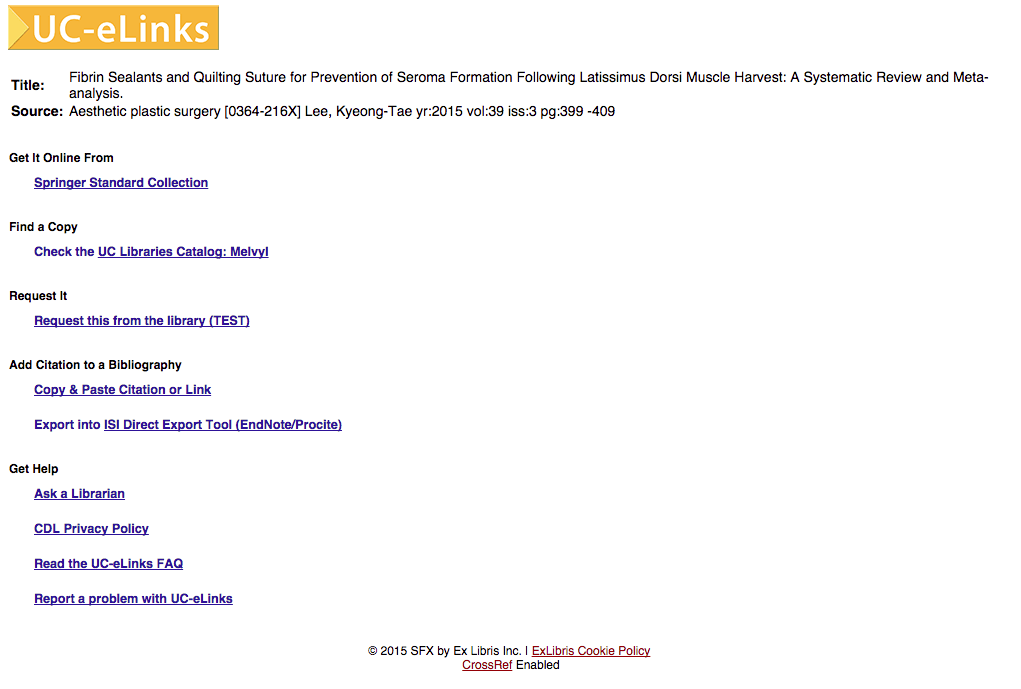 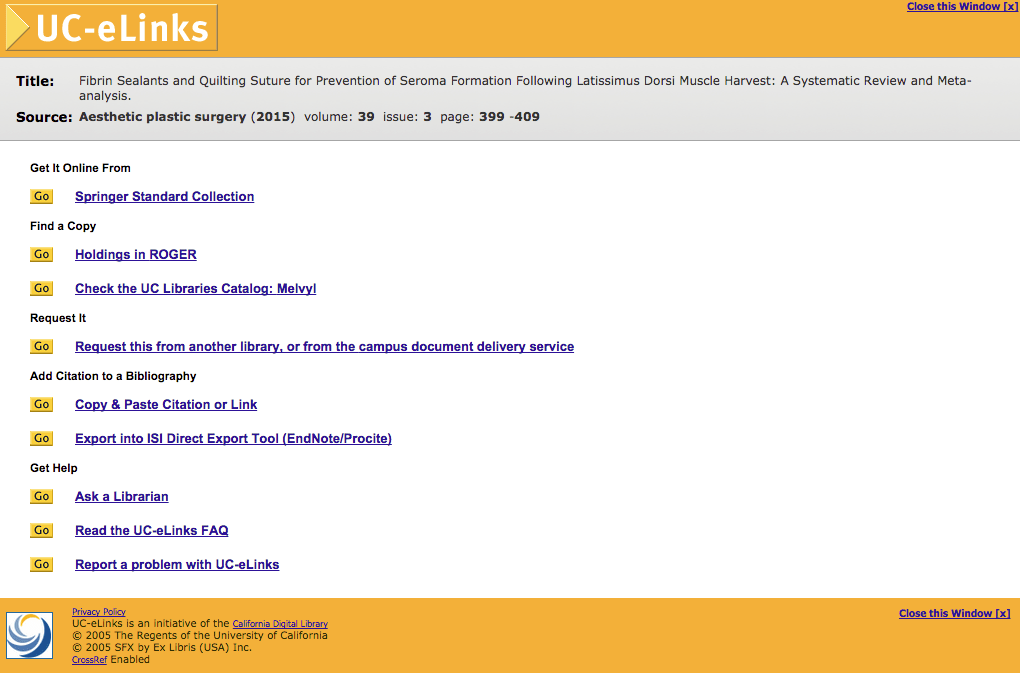 Citation Linker forms, the UC-eLinks A-Z lists, and other forms such as the Report a Problem form, are not affected.

What do you need to do?

If you maintain instructional materials for UC-eLinks, decide if you need to update them. No functionality has changed. CDL maintains the UC-eLinks User Guide and you may wish to link to this document rather than updating your own materials.