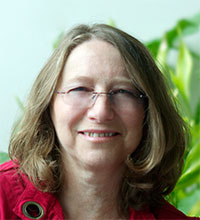 As Director of Collection Development and Management, Ivy oversees a broad range of shared collections activities on behalf of CDL and the ten UC campus libraries, with a goal of building world class shared collections available to all University of California students and faculty. CDL units under her leadership include Licensed Content (with staff based in Oakland and UC San Diego), which organizes and manages more than $40 million in systemwide licensed resource expenditures annually; Mass Digitization, which coordinates large scale digitization partnerships with external partners such as Google and the Internet Archive as well as UC’s participation in HathiTrust; and Shared Print, which facilitates the development of shared physical collections across the university and with extramural partners. Ivy also oversees the Shared Cataloging Program based at UC San Diego.

Completed coursework toward the Ph.D. in Music History and Theory, Brandeis University

Before coming to the CDL in December 2005, Ivy was Program Manager for E-Resource Management and Licensing at the Harvard University Library, where she developed and managed a shared licensing program on behalf of Harvard’s many libraries. Prior to 1998, she held numerous positions at the Brandeis University Libraries, including Music Cataloger and Assistant Creative Arts Librarian, Reference Librarian, Head of Systems and Access Services, and Head of Information Systems. Her career has encompassed some of the earliest developments in online library catalogs and systems, the development of standards for electronic resource management (including as a member and co-author of the Digital Library Federation’s Electronic Resource Management Initiative), the development of library licensing principles and standards, and support for transformation in scholarly communication.

“If the American Flag Were Copyrighted,” The Future of Fair Use, ASIS New England Chapter Meeting, December 2001 (Cambridge, MA)